Eddie Austin named One To Watch in The LDC Top 50 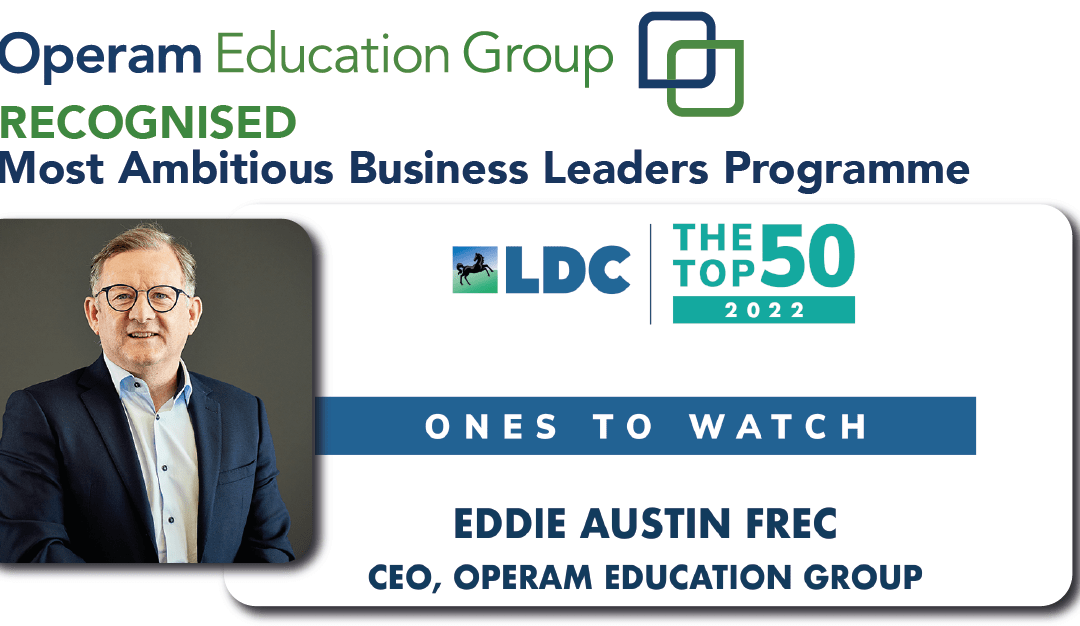 Eddie Austin, Chief Executive Officer of Operam Education Group has been named as a One To Watch in The LDC Top 50 Most Ambitious Business Leaders programme for 2022.

The programme, which is supported by The Times and now in its fifth year, celebrates those entrepreneurs that are growing the UK’s most successful and fast-growing medium-sized firms.

A record number of nominations – more than 750 – were received this year, proving that ambition is alive and well despite the challenges faced by increasing economic uncertainty.

The Ones to Watch are the business leaders destined for great things. Those who are making waves in their sectors, having a positive impact on their customers and employees, and who are the driving force behind tomorrow’s most successful medium-sized firms.

Eddie Austin, Chief Executive Officer of Operam Education Group said: “I’m absolutely thrilled and honoured to be recognised in this year’s One to Watch list, I’m particularly proud that the judging panel have recognised the contribution that I’m able to make, and to be included within such an impressive cohort of business leaders.

John Garner, Managing Partner, LDC, added: “The volume and quality of submissions this year surpassed all of our expectations. We’ve been struck by the way business leaders have overcome challenges and adversity to run fast-growing and successful companies, proving that difficult circumstances can become the biggest driver of ambition. This year’s Ones to Watch embody just that and they have really grabbed the judges’ attention with their success stories. Congratulations to all those featured – we look forward to seeing where they go next!”

You can find out more information on this year’s Top 50 Most Ambitious Business Leaders programme here: https://bit.ly/3e2c3gk

LDC is the private equity arm of Lloyds Banking Group. Since 1981, LDC has invested more than £5.5bn in medium-sized firms across the UK; backing the ambitions of more than 650 ambitious management teams.